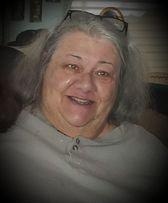 Barbara Prevette Logsdon passed away on Jan. 3, 2022 at UF Shands hospital after suffering complications from a broken hip surgery.

Barbara was born in Plymouth, NC on November 8, 1951 but raised in Miami FL. She graduated from Miami Killian High School in 1970 and from Florida State University in 1978.

Barbara got her first teaching job in Folkston, Georgia where she touched the lives of many students. She retired after 30 years. She also met and married the love of her life, Robert Logsdon. They were happily married for 30 years.

She is survived by her loving son, Robert Leon Logsdon III, his wife Samantha Logsdon and two grandchildren, Christina and Bobby.

She also has three sisters who loved her very much, Harriet Shutters, Toni Atkinson and Tina Davis (Robbie).

We are celebrating the lives of both Barbara and Rob on Saturday, January 8th, 2022 at the First Baptist Church of Folkston, Georgia at 11:00.

Arrangements are with Shepard-Roberson Funeral home in Folkston, Georgia.

To send flowers to the family in memory of Barbara Logsdon, please visit our flower store.