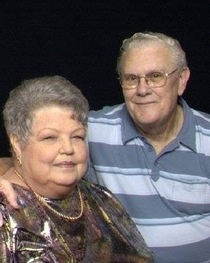 
Bennie Doyle Blanton, 75 of Hilliard, passed away May 2, 2015 in Baptist Medical Center, Jacksonville, Florida. He was born September 2, 1939 to Neal and Edith Lord Blanton in Nashville, Georgia.  He graduated from Berrien County High School and then served his country in the United States Army.  Doyle preached at Maranatha Baptist Church and also worked in the Hilliard School System, with Special Needs Children. He was a member of Live Oak Baptist Church.
He is survived by three sons: Billy and Ronny Blanton of Hilliard and Phillip Blanton of Ft. Walton Beach, Florida; two grandsons: Josh Blanton and Phillip Blanton, Jr.; five sisters: Jean (Earl) Smith; Faye (Lamar)Jones; Luneal(Homer) Harper all of Nashville, Georgia; Ann (Duren) Bailey of Douglas, Georgia; Sue (Eddie) Vanzant of Hilliard, Florida; one brother: Roger (Tanetta) Blanton of Douglas, Georgia; a sister-in-law: Sue Blanton of Adele, Georgia; numerous Nieces, Nephews and other relatives. He was preceded in death by his parents, his wife: Marie and two brothers: Wayne and Gary Blanton.
The family will receive friends Saturday, May 9, 2015 from 10:00 until 11:00 AM in the funeral home Chapel with Funeral services beginning at 11:00 AM.  Memorialization will be by cremation.
Condolences may be expressed by signing the guest registry at www.shepardfh.com.  Arrangements are under the direction of Shepard Funeral Home, Folkston, Georgia.

To order memorial trees or send flowers to the family in memory of Bennie Blanton, please visit our flower store.