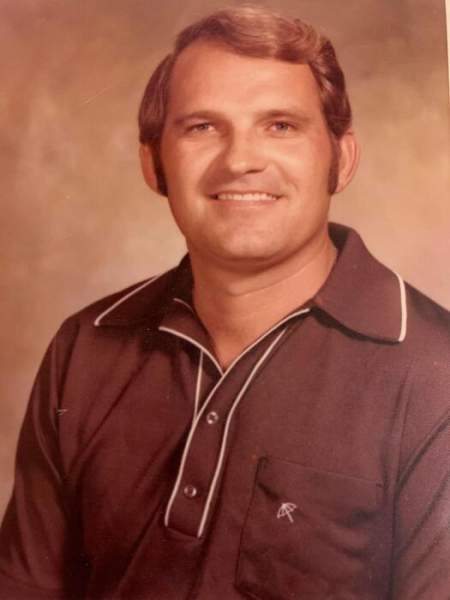 Billy Terrance “Terry” Grooms, 79, of Folkston, Georgia, surrounded by his family, passed away peacefully into the loving arms of Jesus on September 7, 2021, at Memorial Hospital in Jacksonville, Florida. Terry was born on July 20, 1942, at McCoy Hospital in Folkston, Georgia and was the oldest child of Evelyn Hinson Grooms and Ralph Waldo Grooms, Jr. who preceded him in death. Terry’s Folkston heritage dates to his paternal great grandparents, Jesse Shepard Grooms and Elvinie Riggs Grooms, who were some of the first settlers in Charlton County, Georgia. Terry graduated from Hilliard High School in Hilliard, Florida in 1960. He was awarded a Basketball Scholarship to Georgia Southern College where he played for the Georgia Southern Eagles. He graduated with a Bachelor of Science degree in Health and Physical Education in 1965. Terry was inspired to be a basketball coach when he noticed a group of young boys playing basketball in a recreation league at Georgia Southern, and he knew he wanted to be a basketball coach! Terry had the opportunity in 1966-1967 to coach basketball under his high school coach, Rodger Wrench, in Fort Pierce, Florida. In 1967, he moved to Folkston, Georgia and was the Charlton County High School Head Basketball Coach for ten years. He also coached football, track and field, and tennis and taught many students driver’s education and mathematics. After coaching, Terry was employed with Gilman Paper Company in the Building Products Division. He later worked at White Oak Plantation and East Coast Concrete where he retired. Terry had a kind and humble spirit, and his influence on young people helped them reach their potential “on and off the court.” Terry loved and adored his children and was proud of their accomplishments. He especially enjoyed fishing, hunting, being with his friends to “replay” basketball plays and games. Terry accepted Jesus Christ as his Savior as a teenager and was a baptized member of Hilliard First Baptist Church until he passed away. Terry is survived by his children Teresa Grooms Bradley (Scott), Tamara Grooms Baker (Bobby), Terra Grooms Ziolkowski (Joe), Terrance Gowen Grooms (Ariel), his sister, Karen Grooms Conner, two uncles, Ronnie Grooms (Ann) and Larry Grooms, and his aunt, Joann Grooms Stokes. Terry was proud of his grandchildren, Justin Bradley (Brittany), Davis Bradley, Brandyn, Olivia Belle and Nathaniel Banks Baker, Thomas and Amelia Ziolkowski, Gowen and Laney Grooms, and great grandson, Knox Bradley. In lieu of flowers, the family requests any memorial donations be made to the Charlton County High School Basketball Team as Terry loved coaching and teaching young people. If making a donation, please note “In memory of Coach Terry Grooms.” Checks may be mailed to Charlton County High School, 994 Indian Trail, Folkston, Georgia 31537. The family of Terry Grooms cherishes our community of wonderful friends and family and appreciates your love, thoughts and prayers. A special thank you to Danny Pulido, MD, and Paula Salas, MD who took great care of Terry during his last years. Graveside service will be at Oakwood Cemetery, 37263 Ruby Drive, Hilliard, Florida, 32046, on Sunday, September 12, 2021, at 2:00 pm with Bro. Ray McMillan officiating. Pallbearers are Brandyn Baker, Justin Bradley, Davis Bradley, Kenneth Grooms, Larry Grooms, Robert Grooms, Ronnie Grooms and Thomas Ziolkowski. Honorary Pallbearers are Billy Bray, Jesse Crews, Fran Florian, Dewey Hulsey, Robert Jones, E.G. Meybohm, Danny McCoy, Steve McQueen, David Patton, Robert Phillips, Edwin Pope, Paul Ross, and Roy Stewart. Due to Covid-19, the family would like to ask all attendees to please follow the rules of social distancing and face masks are recommended at the service. Also, anyone that does not feel comfortable with attending the service, the family would like you to know they understand and covet your prayers. Arrangements are under the direction of Shepard-Roberson Funeral Home, 526 Oakwood Street, Folkston, Georgia 31537. Condolences may be expressed by signing the guest registry at www.shepardfh.com.

To send flowers to the family in memory of Billy Grooms, please visit our flower store.