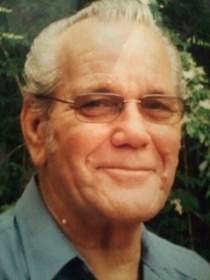 Carl L. Smith, Sr., 62, of Hilliard, FL passed away February 6, 2017 in Jacksonville, FL.  He was born May 25, 1954 in Fernandina Beach, FL to the late Herman Smith and Hazel Smith Cowart.  Along with his parents, he was preceded in death by his brother:  Emory Smith.  Carl worked for Smith’s Used Cars as a mechanic for many years until transitioning to Gee Auto Sales where he later retired.  Carl loved many thing, his family, Elvis and Eagles ranked among the highest.
He is survived by his wife of 40 years:  Theresa Diane Ballance Smith; 2-Children:  Samantha Smith Miller (Troy) and Carl L. Smith, Jr.; 2-Sisters:  Evelyn Barber (James) and Dorothy Marshall; 2-Brothers:  Wallace Smith (Susan) and Paul Smith (Patricia); and many nieces, nephews and other relatives.
The family will receive friends Friday, February 10 at Shepard-Roberson Funeral Home from 6-8 PM.  A graveside service will be held Saturday, February 11 at 2:00 PM at Prospect Cemetery in Folkston, GA.
Condolences may be expressed by signing the guest registry at www.shepardfh.com.  Arrangements are under the direction of Shepard-Roberson Funeral Home in Folkston, GA.


To send flowers to the family in memory of Carl Smith, Sr., please visit our flower store.