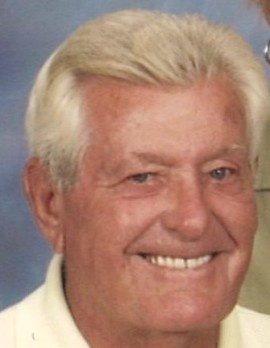 Christopher (Chris) Columbus Conner, born on October 14,1937, entered into eternal rest with his Lord and Savior on October 30, 2019.

Born in Nassau County Florida, he lived in Folkston most of his life.  He was very active in the Folkston community and also had a very interesting career path.  Quite the entrepreneur, he owned several businesses through the years, including "The Skillet" (a local burger/breakfast spot), the iconic King and Prince Drive In restaurant, an Interstate Battery wholesale distributorship for Northeast Florida and Southeast Georgia, a furniture store and a florist, and he owned and operated a trucking company in his later years, among other varied ventures.  Mr Conner served as magistrate judge of Charlton County for several years in the early 1990's.  He was an active member of Camp Pinckney Baptist Church in Folkston and also served as a deacon in the past.  Chris enjoyed fishing, gardening, tinkering on equipment, riding on his tractor and was a master steak griller!

Shepard Roberson Funeral Home in Folkston is in charge of services.  Visitation is scheduled for Friday, November 1, 2019 from 6 to 8 PM and the funeral service will be held Saturday, November 2, 2019 at 2 PM at Camp Pinckney Baptist Church with Pastor Keith Lloyd officiating.  Burial will be held after the service at Camp Pinckney Baptist Church Cemetery.

Condolences may be expressed by signing guest registry at www.shepardfh.com.

To send flowers to the family in memory of Christopher Conner, please visit our flower store.