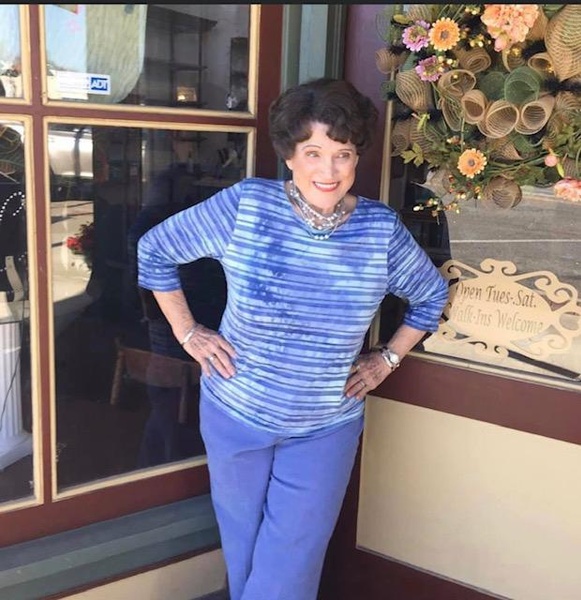 On February 3rd, 2020, Cornelia “Neill” Buie Hamilton passed away peacefully at Hospice of the Golden Isles after a lengthy battle with Alzheimer’s.

Neill was born on November 11,1933, in Folkston, Georgia, to the late Archibald Alexander Buie and the late Sarah Davis Buie of Burnt Fort, Georgia. She was blessed with one sister, Joy Buie Gill, and a loving brother-in-law, the late Louis Carlton Gill.

After becoming a widow, Neill reconnected with and married her high school sweetheart, Carl Daniel “Corky” Hamilton who preceded her in death.

Of those awaiting her in heaven, three of them are her grandchildren, Jacob Samuel Rowland, Alexis Gabrielle Popham, and Anna Grace Popham.

Neill is also survived by her nieces Zandy, Carlyn, and Heather and a beloved best friend, Joyce Middleton West, along with many other relatives.

Neill has left a legacy of love for her family and friends. She was a diligent prayer warrior; someone who always had encouraging words and who gave great hugs. She will be remembered for her ability to worship the Lord through her music. Neill’s talent as a pianist was a blessing to all who heard her play. Always known for her infectious laughter, Neill’s sparkling eyes and smiles were never dimmed after Alzheimer’s had stolen her ability to speak.

Visitation will be held on February 6th at 383 Old Burnt Fort Road, White Oak, Georgia from 5 to 7 pm. Funeral services will be held on Friday, February 7, 2020 at 2 pm at Burnt Fort Chapel in Burnt Fort, Georgia with the Reverend Bill Ligon and Rev. Mark Linton officiating. Burial will follow in the church cemetery.

The family would like to say a special thank you to Hospice of the Golden Isles for all of their loving care to our Neill.

In lieu of flowers, contributions may be made to Hospice of the Golden Isles, 1692 Glynco Parkway, Brunswick, Georgia 31525.

Condolences may be expressed by signing the guest registry at www.shepardfh.com.  Arrangements are under the direction of Shepard-Roberson Funeral Home, 526 Oakwood Street, Folkston, GA 31537.

To send flowers to the family in memory of Cornelia Hamilton, please visit our flower store.

At the families home