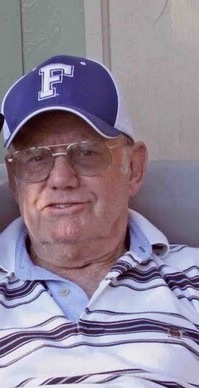 SSG-Ret. Coyle A. Reed, Jr., 88, of Hilliard, FL, passed away Feb. 24, 2018.  He was born December 17, 1929 in Hilliard, FL to the late Coyle A. Reed, Sr. and Vera Prevatt Reed.  He proudly served in the US Army during Korea and Vietnam and retired in 1968.  He was employed with Dixie Trucking and retired in 1985.
Along with his parents, he was preceded in death by his wife:  Elfriede Christine Topfl Reed, a daughter, Cynthia Ann Reed and his siblings, Bobby, Carroll, Alene, Donald, Inez, Vernell and Althea.
He is survived by his children:  Gabriele Christine Burnsed, Charles A. Reed, Sandra Jane Wooten and Erika Knowles; 4-brothers:  Dallas, Cleveland, B.T., and Glen; 1-sister:  Frances Rodenbarger; 4-Grandchildren and 9-great grandchildren.
The family will receive friends Wednesday, February 28 at Shepard-Roberson Funeral Home from 7-9 PM.  Funeral services will be held Thursday, March 1 at noon in the chapel of Shepard-Roberson Funeral Home.  Burial will follow in Oakwood Cemetery.
Condolences may be expressed by signing the guest registry at www.shepardfh.com.  Arrangements are under the direction of Shepard-Roberson Funeral Home in Folkston, GA.


To send flowers to the family in memory of Coyle Reed, Jr., please visit our flower store.