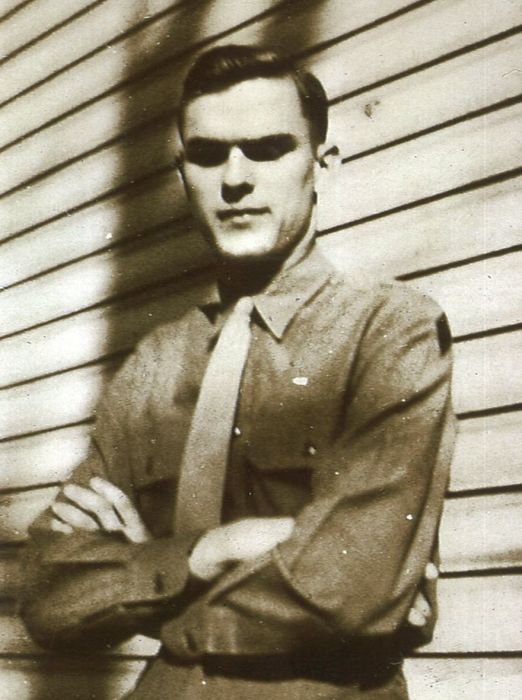 Devoy Brooks died on Nov. 14, 2018 at Bayview Nursing Home, Nahunta, Ga.  Born March 19, 1926 in Charlton County, he was raised by his grandfather, Peter Grooms Brooks.  Devoy graduated from CCHS May 1943 and worked in a Brunswick shipyard until drafted on June 6, 1944.  In boot camp he met Leland Bell of Canton, Ga. who became a lifelong friend.  His Regiment (10th) shipped out on Dec. 10 and landed in South of France on December 23. They were awakened at 2:30 am Christmas Eve for Christmas dinner on a runway covered in snow, and flown to the front lines before sunrise. They were part of Patton’s 3rd Army advancing in the Battle of the Bulge. Devoy’s unit had advanced crossing the Sauer River into Germany. On the night of Feb. 13, 1945 his Jeep hit an anti-tank mine severely wounding him. A long recovery followed before he could return to Folkston. He married Doris Wainwright and they had four children. Devoy worked in insurance sales until 1966 when he changed to hotel management. In 1969 he became manager of the King and Prince Hotel on St. Simons Island. Widowed in 1977, he married Ardeth Crews in 1986.  Devoy was preceded in death by his parents, Russell Johnson and Alma Brooks, his son Clifford Devoy Brooks, and daughter Deborah Kay Brooks Loupee.  He is survived by his wife, Ardeth Brooks;  sons Gary Brooks (Terri) and Timothy Joe Brooks, Gainesville, FL., granddaughters Hilary Loupee, Amanda Brooks, and Olivia (Tam) Mai, two great grandchildren; numerous extended family members in Charlton County, and Ardeth’s family who welcomed him so warmly into their lives. The family will receive friends Saturday, November 17 at Shepard-Roberson Funeral Home from 5-7 PM.  Graveside funeral services will be held Sunday, November 18 at 2:00 PM in Sardis Cemetery.

To order memorial trees or send flowers to the family in memory of Devoy Brooks, please visit our flower store.