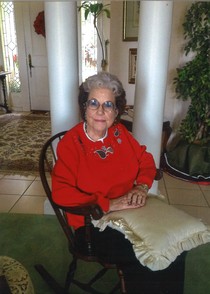 Dorine Prevatt Fulmer, 85, of Hilliard, FL went home to be with the Lord on January 26, 2017 after an unexpected cancer diagnosis which she succumbed to in a short three week period.  Dorine was born on January 28, 1932 in Gainesville, FL to the late Bill and Mae Prevatt of Waldo, FL.  For 58 years, she was married to Judson Todd Fulmer who passed away December 19, 2009.  Dorine grew up outside of Waldo and attended Waldo High School.  She was proud to be a graduate of Alachua General Hospital Nursing School in Gainesville, Florida.  It was during this time frame that she met and married her beloved husband Judson Todd Fulmer who was attending the University of Florida.  After marrying in 1952, Dorine began her career in the newborn nursery at Alachua General Hospital, using dresser drawers as baby beds when the need would arise.  Her public health career began in Suwannee County and later to Lafayette County where she practiced as the only public health nurse.  At that time, there was no hospital and no doctor in the area, so she was on call 24/7, where she either delivered or helped deliver many babies.  Dorine also helped during hurricanes.  Because of flooding, she was relocated to a house on higher ground which was temporarily converted to a public health clinic during Hurricane Dora.  From there, her family moved to Liberty County and she began working in neighboring Calhoun County assuming the role of Director of Nursing.  In 1972, her family moved again to Nassau County where she became the clinical nurse for the Fernandina Beach Public Health Department Clinic.  After completion of the Callahan and Hilliard Clinics, She assumed the role of the Westside Supervisor and eventually the entire county.  While working in Hilliard, the Public Health Department building was shared by the University of Florida County Agricultural Extension Service, where her husband was the Nassau County Agricultural Extension Agent for 25 years prior to his retirement in 1988.  Dorine always said that “she enjoyed her years in Nassau County, we were all like family.”  Following her retirement, the residence of Hilliard continued calling her regarding their medical needs.  She will be remembered as the voice of Public Health in Nassau County.    Dorine was an active member of Hilliard First Baptist Church.  She was both a prayer warrior and a godly woman who left a lasting legacy of faith in Jesus Christ, her Savior, to all whom she leaves behind.  She spent most of her time enjoying her family and visiting with her close, dear friends.  Dorine also enjoyed reading, shopping on QVC and coordinating the semiannual retired nurses’ luncheons.
Along with her parents, she was preceded in death by an infant twin sister:  Doris Prevatt and a brother:  Louie Prevatt as well as her toddler son:  Rhett Todd Fulmer.
She is survived by her loving older brother:  William “Billy” Prevatt and her two younger sisters:  Shebie Dugger and Cindy Starling.  She is also survived by her two daughters:  Dawn (Mike) Dean of Hilliard, FL and Dixie (Mark) Manning of Fernandina Beach, FL; 3-Grandchildren:  Kailyn Ann O’Shaughnessy, Marcus Bradley Manning and Mathew Brendan Manning .
The family will receive friends Sunday, January 29 at Shepard-Roberson Funeral Home in Folkston, GA from 6-8 PM.  Funeral service will be held Monday, January 30 at 11:00AM at First Baptist Church in Hilliard with Rev. James Conner, Rev. Bobby Richardson and Rev. Josh Tillman officiating.  Burial will follow at Dedan Cemetery in Brooker, FL with Rev. Sonny Foraker officiating.
In Lieu of flowers, donations may be made in Dorine Fulmer’s name to Hilliard First Baptist Church, 15850 CR 108, Hilliard, FL 32046 or Community Hospice of NE Florida, Bill & Jane Warner Center for Caring, 4266 Sunbeam Road, Jacksonville, FL 32257
Condolences may be expressed by signing the guest registry at www.shepardfh.com.  Arrangements are under the direction of Shepard-Roberson Funeral Home in Folkston, GA.

To send flowers to the family in memory of Dorine Fulmer, please visit our flower store.