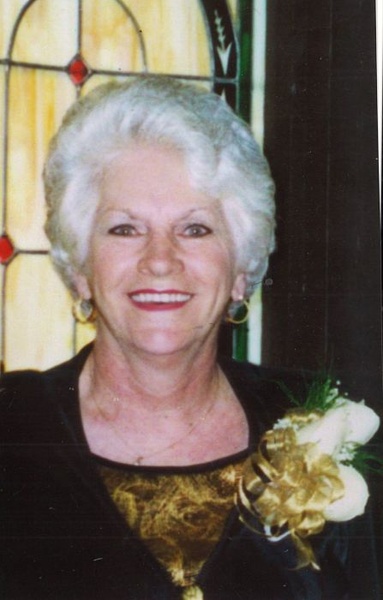 She was born in LaGrange, Georgia and was the daughter of the late Clarence Velpo Moore and Eunice Corine Funderburk Morris.  Known to many as "Dot", she was a beloved wife, mother, grandmother, great grandmother and friend.  Traveling was one of her greatest passions, including cruising all over the world with family and her friend, Alice Peacock.  She was a member of the First Baptist Church of Folkston, the Birthday Club, and the Red Hats Society. Dot also volunteered at the Charlton County Hospital and for the Chamber of Commerce.

She worked as a bookkeeper for Randy Nance at South Georgia Timber Company in Folkston for 18 years.  Although she worked most of her life, she always had time for her many other talents which were square dancing, sewing, cooking, and crocheting. In lieu of flowers, Dot personally designed and crocheted the beauitful afgahan placed on her coffin. She also loved to read books and play card games in her spare time, and of course, always enjoyed all the shopping trips at Belks.

She was preceded in death by her father, Clarence Velpo Moore, her mother, Eunice Corine Morris, her brother, Tommy Moore, her son, Richard David Woolard and one great granddaughter, Isabelle Thiel.

Condolences may be expressed by signing the guest registry at www.shepardfh.com.  Arrangements are under the direction of Shepard-Roberson Funeral Home in Folkston, Ga.

To send flowers to the family in memory of Dorothy "Dot" Woolard, please visit our flower store.