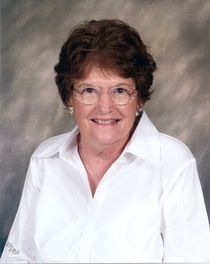 Elizabeth Cadle McGurn, formerly of Cedar Point, NC, passed away unexpectedly during the early morning hours of January 18, 2016.  She was born November 27, 1930, in Durham, North Carolina and was the oldest daughter of Elizabeth Matthews Cadle and Fredrick Leonard Cadle. Elizabeth grew up in Jacksonville, Florida where she attended Landon High School and played trumpet in the marching band.  She graduated in June of 1948 and enrolled in the University of Florida where she was a member of Alpha Chi Omega Sorority. During her time at Florida she met her future husband, Donald James McGurn, and fell in love. When Don graduated and had to move to Chicago, Illinois for a job she followed him and enrolled at Northwestern University. She completed her studies in June of 1952, and received a degree in Dental Hygiene.  She passed her Florida State Dental Boards in August of 1952, and began a career that spanned 40 years. She held licenses and practiced in Florida, Georgia and North Carolina and retired in December 1992 after practicing with Dr. William S. Ketcham for thirty years. Throughout her life she pursued her passions of gardening and painting. She was a member of the Emerald Isle Garden Club and St. Peters by the Sea Episcopal Church.
Elizabeth and Don were married on December 19, 1951, at St. Anne’s Episcopal Church in Jacksonville, Florida. They were blessed to celebrate their 50th anniversary together in 2001. She is preceded in death by Don on May 24, 2003.  She is survived by her two sons and their families, James M. McGurn, wife Dixie and daughter Millie M. McGurn all of Folkston, Georgia; Scott T. McGurn, wife Faye, son Preston H. McGurn and daughter Katherine F. McGurn all of Advance, North Carolina; her sisters, Shirley C. Williams of Front Royal, Virginia and Eleanor C. Peters of Hickory Creek, Texas; and her faithful companion of the past ten years, Ed Turner of Stella, North Carolina.
A memorial service to celebrate her life will be held at St. Peters by the Sea Episcopal Church in Swansboro, NC on Saturday, February 27, 2016 at 2 PM with Father Bert Eaton officiating. In lieu of flowers, memorials may be made to St. Peters by the Sea Episcopal Church, PO Box 337, Swansboro, NC  28584.

To order memorial trees or send flowers to the family in memory of Elizabeth McGurn, please visit our flower store.