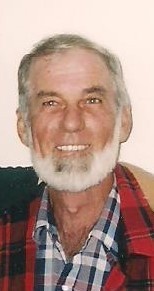 Born January 1, 1945 in Columbus, Nebraska to the late Peter and Stella Kwapnioski, Eugene (Gene) Edwin Kwapnioski passed away on October 10, 2019 at Baptist Medical Center Downtown Jacksonville.  He was recently given troubling news that he had stage four cancer, but it seems that our Merciful God saw fit to take him before the pain of it could ravage his body further.

Gene joined the Navy in 1968, enjoying boot camp in Great Lakes, IL, which he proclaimed was the coldest place on earth—and that must be saying something coming from a Nebraska boy.  He served aboard the USS Intrepid, CVS-11, as a personnel clerk and ordnance handler during the Vietnam War.  During his time in service, he earned “Gladiator of the Month”, as well as a Vietnam Service Medal with two bronze stars.  When his squadron downsized, he left active duty, went into reserves, did a few odd jobs until he found his calling—working for Gold Kist Eggs.

He held a few positions at Gold Kist Eggs, but the most memorable is Feed Mill Manager.  Even when accidentally tossed about by the feed mixer and hit in the head by a piece of material dropped from the catwalk from the top of the feed bin, Gene was a dedicated employee.  He only took sick days when injured at work, and when he took vacation days, he would often return early to assist if a phone call came in.  Working for Gold Kist did afford an annual perk—going to Walt Disney World for the Egg Producers Conference one weekend a year.  (He did enjoy detailing the family car and truck!   In fact, his truck was the envy of any gas station.)  This trip was a highly anticipated one where the daughter and teddy bears would slide across the freshly Armor All polished back seat as the Ford Thunderbird made each turn.  Gene later admitted he never liked going to Disney, however, his daughter loved it because she got to spend time with her Daddy.  He was a STELLAR provider, a man of few words (unless it was to discuss the lack of movement at the wood yard), not much on affection, but when you grow up with 9 siblings, that could be a side effect of it.  When Gold Kist decided to leave Hilliard, after almost 20 years of loyalty, they offered Gene a job in Alabama.  He chose to stay in Hilliard, which had become home to him, and used his truck driving skills to bring home the bacon.  He got behind the wheel of a few log trucks, eventually getting one of his own.  In fact, he was so excited when he picked it up, he almost forgot how to shift the gears.  He drove that truck so much he put over one million miles on it.

Gene leaves behind a daughter, Lucy Kwapnioski-Nadeau (Greg Peistrup, partner) of Yulee, FL, a brother David Kwapnioski (Loretta) of Columbus, NE, his dear friend David McCollough (Sue Ann) of Hilliard, FL, several nieces and nephews, great nieces and nephews  both in the Nebraska area and in Florida, and his faithful dog Woodski (who he rescued from an area being logged that was six miles deep in the woods).  Memorialization will be via cremation.  Services will be held at Shepard-Roberson Funeral Home Chapel, 526 Oakwood St., Folkston GA 31537 on October 26, 2019.  Visitation with the family will be from 12-2p and the service will begin at 2p.  In lieu of flowers, please make donations in memory of Gene to the Gary Sinise Foundation (www.garysinisefoundation.org).

To send flowers to the family in memory of Eugene Kwapnioski, please visit our flower store.