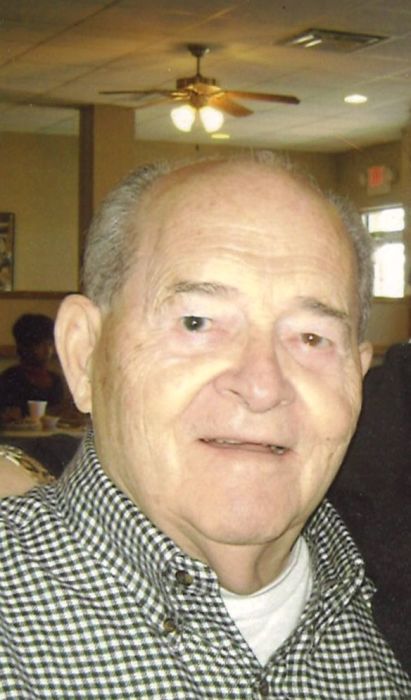 Eustace Matthew Mizell, Jr., 90, of Kingsland, GA passed away Friday, June 7 at Camden Senior Care Center in St. Marys, GA.  He was born August 15, 1928 in Folkston, GA to the late Eustace Matthew Mizell, Sr. and Rivers Brock Mizell.  He worked at the Gilman Bag Plant for over 30 years before his retirement and then with the Camden County Sheriff’s Office for 13 years as a jailor.

Along with his parents, he was preceded in death by his first wife:  Ruby Nobles and a grandson:  Ryan Mizell.

To order memorial trees or send flowers to the family in memory of Eustace Mizell, Jr., please visit our flower store.