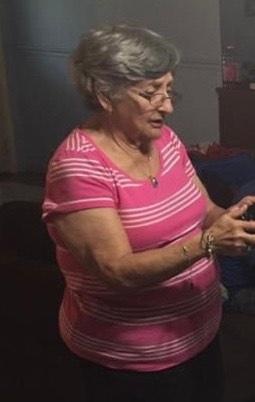 Fay Davis Johnson, 84, of Folkston, GA passed away Friday, November 19 at her home following a lengthy illness.  She was born in Boston, MA November 9, 1937.  She was a homemaker and of the Jewish faith.

She was preceded in death by her parents, her daughter:  Robin Adler and a brother:  Richard Davis.

A graveside funeral service will be held Monday, November 22 at 11:00 AM in Pineview Cemetery.  The family will receive friends an hour prior to the service.

Condolences may be expressed by signing the guest registry at www.shepardfh.com  Arrangements are under the direction of Shepard Roberson Funeral Home, 526 Oakwood Street, Folkston, GA 31537.  912-496-7388

To send flowers to the family in memory of Fay Johnson, please visit our flower store.