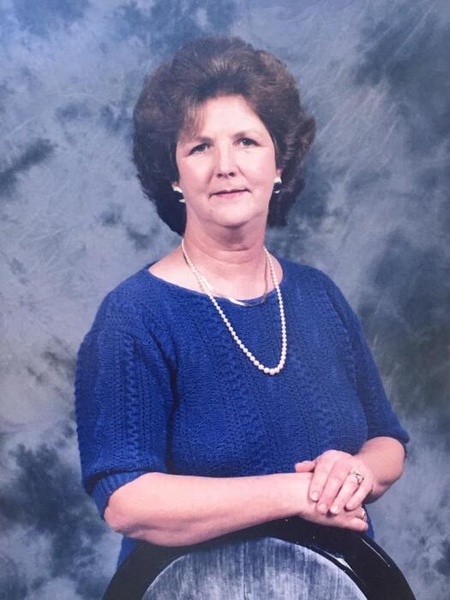 Gloria Elizabeth Bryant Warren, 77 of Folkston, GA went home to be with her Lord on September 10, 2020.  She was born October 20, 1942 in Jacksonville, FL to the late John E. and Ethel Taylor Bryant.  She was preceded in death by her husband, David L. Warren.  She was a lifelong resident of the Trader’s Hill Community in Folkston, GA and was a faithful member of Traders Hill United Methodist Church where she gave her life to the Lord and served him the remainder of her days.  Gloria was proud of the work she accomplished as trustee of Traders Hill Cemetery.  Her greatest joy came from her love of  her grandchildren and their love for her.  To God be the glory-We will miss you.

The family will receive friends Saturday, September 12 at Shepard-Roberson Funeral Home in Folkston, GA from 5-7 PM.  Family remembrances will be given from 5-6 PM.  Funeral services will be held Sunday, September 13 at 2:30 pm at Traders Hill United Methodist Chapel on Tracys Ferry Road and burial will be in Traders Hill Cemetery.  Pallbearers will be Chase Warren, Darren Warren, Aaron Warren, Blake Warren, Cody Warren and Mason Warren.  Honorary Pallbearer will be Hayden Warren.

To send flowers to the family in memory of GLORIA WARREN, please visit our flower store.