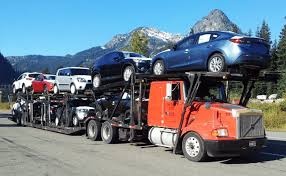 Harold Franklin Johnson, 83, of Hilliard, FL passed away March 10, 2019 in Jacksonville, FL.  He was born July 22, 1935 in Sparta, GA to the late Malcolm Johnson and Mattie Radney Johnson.  He was a member of Beulah Baptist Church in Lennon, GA and a member of the Teamsters Union #512 .  He started his career with Dixie Auto Transport from 1970-1989 and finished his career in auto transport with The Waggoners Trucking in 2003.

Along with his parents, he was preceded in death by his brothers:  Bob Johnson, Cecil Johnson, and Leon “Punkin” Johnson.

The family will receive friends Friday, March 15 at Shepard-Roberson Funeral Home  from 6-8 PM.  Funeral services will be held Saturday, March 16 at 11:00 AM at Buford Grove Baptist Church.  Burial will follow in the church cemetery.

To send flowers to the family in memory of Harold Johnson, please visit our flower store.