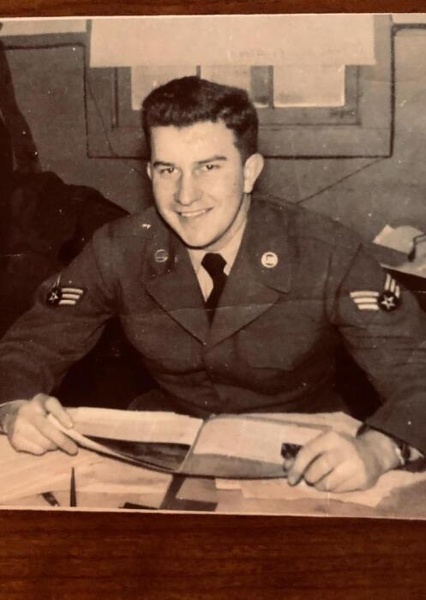 Jackson Edward Vann, Sr., 91, of Hilliard, FL passed away Saturday, February 12 in Waycross, GA following a lengthy illness.  Mr. Jack was born January 2, 1931 to the late Mack Robert Vann and Dennie Russ Scarbrough Vann.  He proudly served his country in the US Air Force for four years.  He retired as an Air Traffic Controller in the Hilliard Florida Center following 30 years of service.  He was a faithful member of the First Baptist Church of Hilliard, FL.

In addition to his parents, he was preceded in death by his siblings:  Mack Robert Vann, Jr, Moody Brooks Vann, Bessie Irene Keister and Mary Ester Turnbill.

He is survived by his wife of 68 years:  Ruth P. Vann; his children:  Kim Howell and her husband, Mike, Jackson Edward “Ed” Vann, Jr., and John Kevin Vann and his wife, Laurie; 7-grandchildren and 7-great grandchildren and a number of nieces and nephews.

To send flowers to the family in memory of Jackson "Jack" Vann, Sr., please visit our flower store.