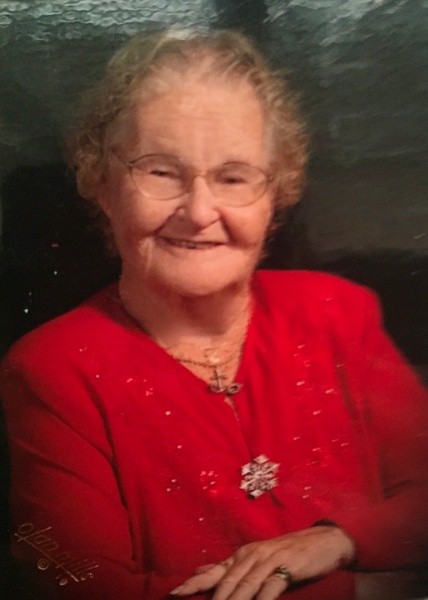 Janie Irene Roberson Brooks Flanagan passed away on Friday July 22, 2022. She was born on February 25, 1928 to John and Estelle Lynn Roberson in Patterson, Georgia. She was a member of Folkston Church of God.

She was of the Pentecostal faith and enjoyed attending church. She referred to the outdoors as God’s Garden. She had a “green thumb” and loved to plant things and watch them grow. She said that growing things gave nourishment for  the body and soul!  She wasn’t afraid to speak her mind.

Irene was the oldest of twelve siblings. She was preceded in death by her parents: John & Estelle Roberson; brothers: Joe, Horace, Lester: sisters: Elizabeth, Jesse.

She was preceded in death by husbands: John Brooks and Robert Flanagan.

Memorialization will be by cremation. Memorial service will be held at a later date. In lieu of flowers, please consider donating to Hospice of Satilla in Waycross, Georgia who was able to provide comfort and peace during her final chapter on Earth.

To order memorial trees or send flowers to the family in memory of Irene Brooks, please visit our flower store.