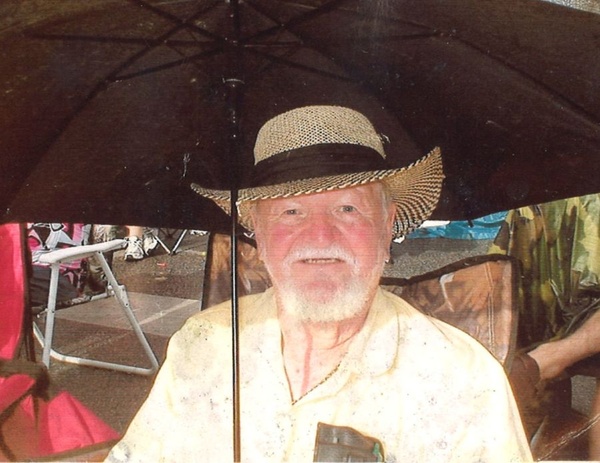 John McCall Newsome passed away May 17, 2018 at the age of 80 from a longtime illness.   He was born Feb. 10, 1938 to the late Jesse Ernest and Margaret McCall Newsome in Starke, Fl.  Possessing a true talent for music, he was inducted into the Bradford Co. High School Marching Band at the age of ten, playing both cornet and trumpet.   After graduation from Bradford County High School in 1956, John Mack attended Mars Hill College in Ashville, North Carolina.  He entered the United States Army in April of 1961.  There, he served as a surveillance drone aircraft crewman and air frame and engine maintenance engineer.  He was a member of the 101st Air Borne Division at Fort Benning Georgia when his enlistment was up and immediately entered the Army reserve.

He was a longtime resident of Folkston, but had lived in a variety of places in the United States throughout his life.  From his father’s paint and body shop in Starke; to managing a Goodyear Tire store in Jacksonville, John Mack excelled at all things relating to engines and automobiles.  He was a walking encyclopedia on most things with wheels and did amazing bodywork and fiberglass restorations.   He constantly had some project dealing with dirty auto parts and replacing something going on. He loved classic convertibles, old movies, crab legs and all types of music.

He was preceded in death by his parents, his sister, Evelynn Newsome Williams, and great-nephew and namesake, McCall Alexander Carmichael.

He is survived by his son, John Robert Newsome (Kate) of Washington D.C., and his daughter and grandson, Laura Newsome-Peters and Chase Peters of Katy, Texas.  Also by his niece and nephew, John and  Elaine Thornton of Folkston; as well as various nieces and nephews in Tennessee.  His family and friends will miss his dry wit, endless rounds of JEOPARDY, and his ability to quote old movies and tell you all about who starred in them whether you were interested or not.

John Mac chose cremation and Shepard-Roberson Funeral Home will aid in those services.  His final resting place will be in the Newsome/Williams family plot in his hometown of Starke, Florida.  A celebration of his life will take place June 10th at 6:00 PM at the chapel of Shepard –Roberson Funeral Home with graveside services on Monday June 11th at 11:00 AM at Crosby Lake Cemetery in Starke, FL.

To order memorial trees or send flowers to the family in memory of John Newsome, please visit our flower store.