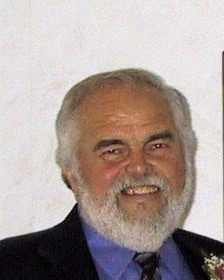 John Rollie Stokes, Jr. was born on February 3, 1943 in Hilliard, Florida. He is preceded in death by his father and mother, John Rollie Stokes, Sr. and Ollette Frances Hinson Stokes, his brother Jerry Dewayne Stokes and his loving wife, Elaine N. Stokes.  Three weeks after losing the love of his life, his wife Elaine, on June 2, 2022, John had a massive heart attack and required surgery for 5 heart by-passes which left him with congestive heart failure. John never recovered from his loss or from the surgery and passed away on September 21, 2022.

Surviving is his son, Alan Dewayne Stokes of Hilliard, Florida, known as Deek or “My Boy,” his nephew, Brian Stokes (Theresa) and niece, Christy Bailey (Brian).

John started his career as a lineman in Florida with Southern Bell and continued to move up with Bellsouth Telecommunications. He retired with AT&T as a manager with 47 years of service. John was dedicated and a hard worker. He expected the same from his employees and coworkers.  John also served his country in the U.S. Army and National Guard for six years.

While growing up, John never missed one day of school, was a straight “A” student and attended Paxton High School. John was employed as a bag boy at a local grocery store during his high school years.  John loved blue grass music. He attended musical festivals with his wife, Elaine, on many of their camping trips. John loved riding motorcycles, riding bicycles, shooting guns at the range with Elaine, enjoyed being outdoors and just sitting by the fire. John loved his friends, most of whom he had worked with and formed a lasting bond. Many times, he would hug them and was not afraid to tell them he loved them.

Johns love for animals was evident with the many years of caring for his cats, dogs and other animals that he or someone else owned. John extended his care to the animals that lived near him. He fed the raccoons, even when two of them would open his bread box so one could climb inside and throw out the bread. He was amazed at their team work. John had counted 62 deer that would come to eat his corn he put out daily. They would come and wait patiently knowing John would be delivering their meal. John also fed corn to the 42 turkeys that would come to his home. John felt sure he had one team of animals trying to take advantage of him. The cat would bring the mouse, John would let the mouse go with a nut and a treat for the cat. This continued for a while. John was sure they were working together.

John will be missed by all who loved him, and will forever be remembered as we carry his memory in our hearts.

A graveside service will be held at 11:00am on Tuesday, September 27, 2022 at Oakwood Cemetery in Hilliard, Florida.

In lieu of flowers, donations may be made in his honor to: Amorem Quality Compassion Support, 902 Kirkwood Street, NW, Lenoir, NC 28645.

To send flowers to the family in memory of John Rollie Stokes, Jr., please visit our flower store.