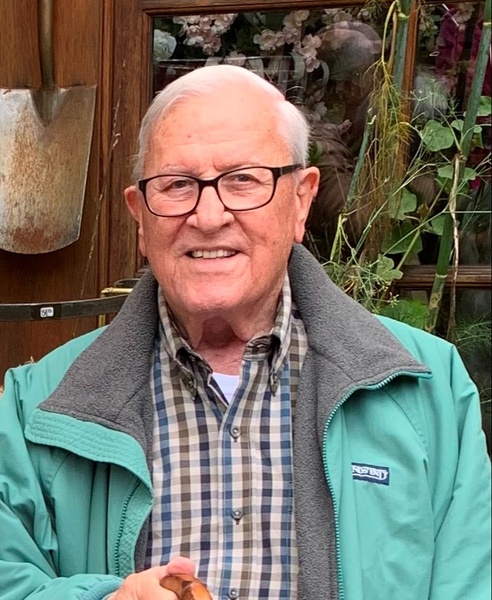 Joseph Ardell “Jake” Jones, Jr., 86, of Folkston, GA passed away peacefully at home on Saturday, August 13, 2022. He was born in Folkston, GA on September 11, 1935, to the late Joseph A. Jones, Sr. and Vandilla O’Quinn Jones. He retired from the U.S. Postal Service after over 40 years of service. He was a member of First Baptist Church of Folkston. Jake and his wife, Peggy, loved history, art, and traveling the world. He was proud of living in a small town and raising his family here. Peggy was Jake’s life, followed closely by his children, grandchildren, and great-grandchildren.

In addition to his parents, he is preceded in death by a son, Keith Jones, and a sister, Edith Jones Stokes.

The family will receive friends on Tuesday, August 16, 2022 from 6:00-8:00pm at Shepard-Roberson Funeral Home. A service will be held at 11:00am on Wednesday, August 17, 2022 at First Baptist Church of Folkston with Bro. Randy Jacoby officiating. Burial will follow at Pineview Cemetery. Pallbearers will be Drew Jones, Stu Hawthorne, Blake Jones, Chip Hawthorne, Mac Canady, Dusty Cagle, and Richard Davis.

In lieu of flowers, the family requests a donation to your favorite charity in Jake's memory.

To order memorial trees or send flowers to the family in memory of Joseph Ardell "Jake" Jones, Jr., please visit our flower store.