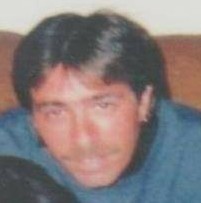 Joseph Charles Westbrook Jr, ( Joey),51, passed away unexpectedly on July 23, 2022, at the Southeast Georgia Health System-Camden campus.
Future service and celebration of life are pending at the current time.
Joseph was born on September 18, 1970, in Bradford County, Sayre Pa. to the parents of Sheila Grace Babcock ( Haines) and Joseph Charles Westbrook Sr. He was a loyal son, brother, and husband. He dedicated his life to the railroad, working for Sperry Rail Service. as a data collector and chief operator. He was always honored to work alongside his father, Joseph Charles Westbrook Sr. from the time he was 18 until his father retired. In later years "Joe" was able to also build a very close bond with his mother Sheila. When it came to old vehicles " Joe" was passionate. He loved to tinker with his own when he was at home with the love of his life, Chantele Westbrook. Their favorite pastime was their pets, their family, listening to music, and Barbequing. Joseph, " Joe" was a hardworking, caring individual who had always gone above and beyond. Nobody was a stranger, they were always a friend.
In addition, he is preceded in death by his grandparents, and his sister Annette Cavaleri. Joseph is survived by his wife, Chantele Rene ( Shipes) Westbrook Gaston Sc, Joseph Westbrook Sr. ( father) Sayre, Pa., Sheila Grace Babcock (mother) Watkins Glen, New York. Father-in-law, Charles H. Shipes, Mother-in-law, Sheryl  A. Shipes, Brother-in-law Charles H. Shipes Jr, along with nieces, nephews, cousins, and friends.
If so desired, contributions can be sent to the account of Chantele Westbrook ( Wells Fargo Bank) Gaston, Sc.
Obituary can also be viewed at Shepard Funeral Home website, Folkston, Georgia.
To send flowers to the family in memory of Joseph Charles Westbrook, Jr., please visit our flower store.