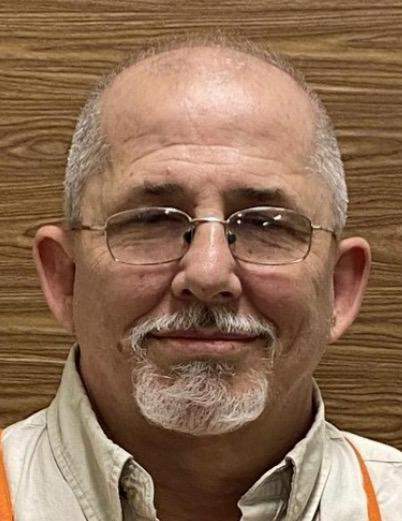 Kevin William Spause, 59, of Folkston, GA passed away July 4, 2021 in Fernandina Beach, FL, following a lengthy illness.  He was born July 22, 1961 in Philadelphia, PA to the late Francis and Gertrude Stewart Spause.  He graduated from Olney High School in 1979.  He served his country in the US Marine Corps from 1979-1986.  He graduated from Salem State College in 1993.  Mr. Spause was employed at Home Depot, Yulee as the night Operations Manager.  He was of the Catholic faith.  He was a friend of Bill’s.

Kevin & Patricia met in 1966 at the age of 5 at St. Ambrose Elementary School in Philadelphia, PA. Their families attended church regularly & became friends. Circumstances separated them in 1979. They had pursued different paths. In November 2011, Kevin reconnected with Tricia on Facebook. They were inseparable. They lived in Chester, VA for 3 years & moved to Folkston, GA in 2014. Kevin proposed to Tricia February 2015. They worked & traveled together as Merchandisers. They were working in Kahului, HI & Kevin planned a surprise wedding. The happy couple married December 24, 2016 on the beach in Maui, HI. They shared their ups and downs. But their constant faith in God & commitment to one another, they overcome the obstacles. They lived, laughed and loved.

In addition to his parents, he was preceded in death by a brother:  Thomas Spause.

A memorial service will be held Friday, July 16 at 3:00 PM in the Chapel of Shepard-Roberson Funeral Home.  A celebration of life repast will be held at Griffin Farms following the service.

In lieu of flowers, contributions may be made in honor of Kevin to Tunnels to Towers Foundation, 2361 Hylan Boulevard, Staten Island, NY 10306

To send flowers to the family in memory of Kevin Spause, please visit our flower store.