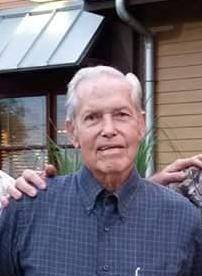 Lamar Edward Nelson, 86, of Callahan, FL passed away Monday, June 7, 2021 in Jacksonville, FL following a lengthy illness.  He was born May 4, 1935 in Hilliard, FL to the late Zack Lonzy Nelson and Annie “Blossom” Chesser Nelson.  He proudly served his country in the US Air Force.  He retired from General Motors EMD Division after 40 years of service.

In addition to his parents, he was preceded in death by his wife:  Betty Lou Thomas Nelson and his siblings:  Earl Nelson, Lindsey Nelson, Wilma Guinn, Gladys Rowell, Della Hand and Beulah Burch.

To send flowers to the family in memory of Lamar Nelson, please visit our flower store.