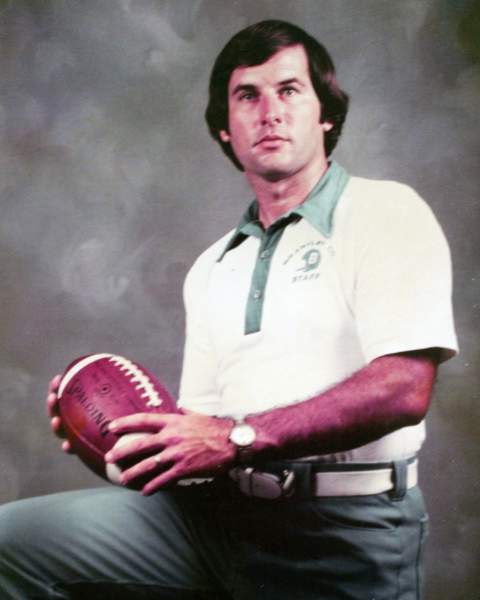 Lawrence Mallard “Larry” Allen, Jr. of Homeland passed away suddenly at his home Monday morning, September 12, 2022, one day shy of his 74th birthday.

Larry was born September 13, 1948, to Lillian Pearl (nee Davis) and Lawrence Mallard Allen, Sr., both of Folkston. He graduated from Charlton County High School and the University of Georgia with a Bachelor of Science Degree in Education. On April 12, 1968, he married Susan DeLoach, also from Folkston. He called her his bride for 54 years and together they raised two sons, Vince and Monty.

Larry spent his entire life involved in sports, be it as an athlete, PE teacher, coach, athletic director, umpire, or as recreation director. He was known for his steadfast, unfaltering dedication to the game as well as to the rules of the game. He impacted many young lives.

Larry was preceded in death by his parents and is survived by his loving wife, Susan; his two sons, Vince Allen of Folkston, and Monty Allen (Erin) of Cincinnati, Ohio; five grandchildren, Reagan, Sydney, Hoyt, Austin, Jackson; and many cousins. He also leaves behind his much-loved dogs, Josie and Ballpark.

The family will receive friends from 6:00pm-8:00pm on Friday, September 16, 2022 at Shepard-Roberson Funeral Home.  A funeral service will be held on Saturday, September 17, 2022 at 11:00am at Shepard-Roberson Funeral Home with Marion Davis, Jr. and Ray McMillan officiating. Eulogies will be given by Marion Davis, Jr., Brian Huling and Terry Pickren.  Burial will follow at Pineview Cemetery.

To send flowers to the family in memory of Lawrence Mallard "Larry" Allen, please visit our flower store.