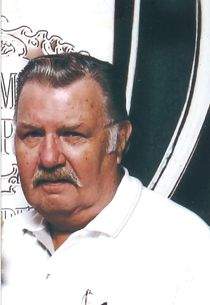 Lawrence "Mike" Andrew Mikoloff, 77, of Folkston, GA passed away April 7, 2015 at Baptist Medical Center in Jacksonville, FL following a short illness.  He was born in Detroit Michigan to the late Robert and Irene Ballingan Mikoloff.  Lawrence served proudly in the United States Navy.  He was a member of the Russian Eastern Orthodox Church in Detroit, MI.  He was a Past Master of the Masonic Lodge F&AM in Alpena, Mi.
where he was a member for 34 years. Lawrence retired from J&R manufacturing as a machinist supervisor. Along with his parents, he was preceded in death by his brother:  Thomas Mikoloff.
He is survived by his wife:  Linda Mikoloff; 2-Children:  Sharon Mikoloff, Kelly Mikoloff; 3 step-children: Kari (Jay) Gersabeck, Kimberly Carter & Russell Purdy; 6-Grandchildren and 5-Great Grandchildren; his Godmother and Aunt:  Medeleine Smalley and a special friends:  Joe Pidgeon and Rick Bonds.
Memorialization will be by cremation. Memorial services will be Monday, April 20, 2015 at 11:30 AM at Jacksonville National Cemetery.
Condolences may be expressed by signing the guest registry at www.shepardfh.com.  Arrangements are under the direction of Shepard Funeral Home in Folkston, GA.

To send flowers to the family in memory of Lawrence Mikoloff, please visit our flower store.