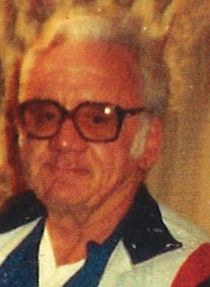 Louis Edward Mauldin, 84 of Folkston passed away March 27, 2016 in Oconee Regional Medical Center, Milledgeville, Georgia.
He was born in Williamston, South Carolina to T.S. and Lorene Smith Mauldin on January 19, 1932. He proudly served his Country in the United States Army, where he retired after 24 years of service. He was a member of Peoples Baptist Church of Folkston, Georgia.
Louie is survived by a son: Sanford (Vicki) Mauldin of Jacksonville, Florida; 5 grandchildren; 5 step-grandchildren and 3 great-grandchildren; one sister: Patsy (Earl) Chastain of Anderson, S.C. ; his special children: Henry and Betty McCall & their family, and his special Church family at Peoples Baptist Church.  He was preceded in death by his mother and father; a brother S.L. Mauldin; s sister: Frances Wilson Martha and a daughter: Martha McCurley.
The family will receive friends Friday, April 1, 2016 at Peoples Baptist Church beginning at 11:00AM until 12:00 noon. Funeral service will begin at 12:00.  Burial will be Sunday, April 3, 2016 at 1:00 PM, Graveside, in New Silver Brook Cemetery, Anderson, South Carolina, with Pastor Mike Easter officiating both services.
Condolences may be expressed by signing the guest registry at www.shepardrobersonfh.com or sullivankingfuneralhome@att.net  Arrangements are under the direction of Shepard Roberson Funeral Home, Folkston, Georgia and Sullivan-King Funeral Home, Anderson, South Carolina.

To send flowers to the family in memory of Louie Mauldin, please visit our flower store.