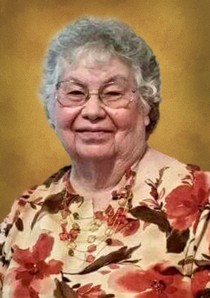 Lydia Gonzales, 77, of Kingsland, Georgia, departed from this earth on November 6, 2016 to be present with the Lord.
Lydia was born in San Benito, Texas, to Jesus and Rosa Gonzales on December 29, 1938.  She spent her youth in Texas and moved to Stockton, California in 1964 to raise her children around her extended family.  She moved to Kingsland, Georgia, in 2005 and resided there until the time of her death.
She enjoyed reading the Bible, listening to gospel music and watching Christian programming on television.  Her greatest desire was for everyone, especially her family and friends, to come to know the Lord Jesus Christ as their Savior.  She looked forward to the day when she would go to meet the Lord.  As she frequently said, to be absent from the body is to be present with the Lord.
Lydia is preceded in death by her husband, Johnny Peralta, Sr.; parents, Jesus and Rosa Gonzales; brothers, Israel and Guadalupe; and sisters, Mary and Aurora Cantu.
Lydia is survived by her sons, Hector Garcia of Woodbridge, California, Richard Gonzales and Johnny Peralta, Jr., both of Kingsland, Georgia; daughters-in-law, Norma H. Garcia and Deanna S. Gonzales; grandchildren, Jessica Gonzales, Christopher Gonzales, Vanessa Garcia, Arielle Garcia, Heather Garcia, and Rodney (Tamar) Drawdy; great grandchildren, Hector A., Adrian and Aaliyah; brothers, Samuel (Janie) and Isaac (Evelyn) Gonzales; and many nieces and nephews.
A memorial service will be held at Shepard Funeral Home, 526 Oakwood Street, Georgia 31537, at 10:00 a.m. on November 19, 2016 with Pastor Bobby Woods of Light House Church of God officiating.
Condolences may be expressed by signing the guest register at www.shepardrobersonfh.com. Arrangements are under the direction of Shepard Roberson Funeral Home, Folkston, Georgia.

To order memorial trees or send flowers to the family in memory of Lydia Gonzales, please visit our flower store.