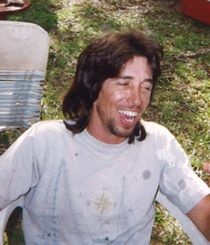 Marty Kevin Vining, 53, of Folkston, GA passed away January 3, 2018 in Brunswick, GA.  He was born January 8, 1964 in Jacksonville, FL to the late Jefferson Lee Vining, Sr. and Sarah Louise Burch Vining.
Along with his parents, he was preceded in death by his brother:  Randy “Buddy” Vining.
He is survived by his children:  Dustie Vining and Marty Vining, Jr.; a sister:  Brenda Hosick; 2-brothers:  J.L. Vining, Jr. and Johnny Vining.
The family will receive friends Sunday, January 7 at Shepard-Roberson Funeral Home from 6-8 PM.
Memorialization will be by cremation.
Condolences may be expressed by signing the guest registry at www.shepardfh.com.  Arrangements are under the direction of Shepard-Roberson Funeral Home in Folkston, GA.

To order memorial trees or send flowers to the family in memory of Marty Vining, please visit our flower store.