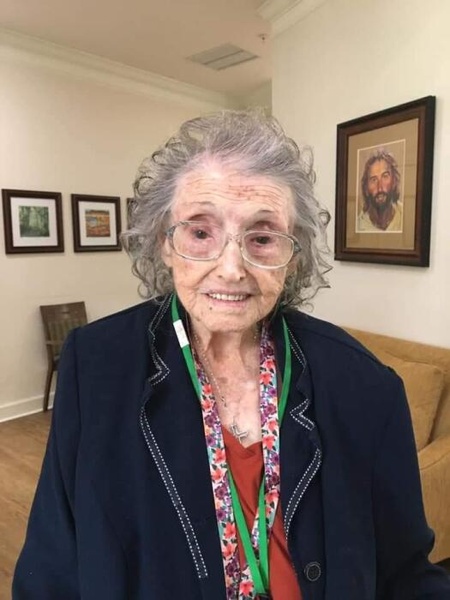 Mary Magdeline Adkins, 95, of Folkston, GA passed away Saturday, December 4 in Hilliard, FL following an extended illness.  She was born June 7, 1926 in Bascom, FL to the late Willie Robert Hatcher and Fannie Bell Conrad Hatcher.  She was the youngest of seven children raised on a farm in the Florida panhandle.  The seven children lived a duration of 110 years on this earth.  The oldest child, Catherine was born in 1911 and the youngest passed in 2021.  Mrs. Adkins was a homemaker and a member of Pentecostal Assemblies “Old Country Church” in Hilliard, FL.

To order memorial trees or send flowers to the family in memory of Mary Adkins, please visit our flower store.