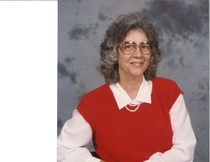 Mary Jane Knox Taylor, 79 of Folkston passed away April 2, 2016 at her residence in Folkston, Georgia, surrounded by her loving family.  She was born September 24, 1936 to the late Jack Herman and Mary Jane Satterfield Knox in Waycross, Georgia.  Jane devoted her life to Mission work and ran Naomi Missions for 20 years. She was a member of Victory Baptist Church of Folkston, Georgia.

The family will receive friends Monday, April 4, 2016 at Shepard Roberson Funeral Home from 6:00 PM until 8:00 PM.  Funeral service will be April 5, 2016 at 11:00 AM at Victory Baptist Church of Folkston, GA.  with Rev. Tim King, Rev. Sam Crosby and Rev. Joe Davis officiating. Burial will follow in Pineview Cemetery. Memorials may be made to Victory Baptist Church for Missions.

Condolences may be expressed by signing the guest registry at www.shepardrobersonfh.com. Arrangements are under the direction of Shepard Roberson Funeral Home, Folkston, Georgia.


To order memorial trees or send flowers to the family in memory of Mary Taylor, please visit our flower store.