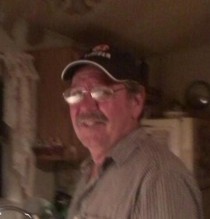 Michael Wayne Brannan, 63, of Hilliard, FL passed away January 26, 2016.  He was born May 31, 1952 in Jacksonville, FL.  He was a carpenter by trade and took great pride in his work.
He was preceded in death by his father: Theron Brannan; a Brother:  Christopher Brannan; and a Sister:  Cheryl Brannan Mullis.
He is survived by his mother:  Dorothy Brannan; 2-Sisters:  Cathy Brannan & Lisa McCook; 3-Brothers:  Larry Brannan, Kenny Brannan and Robert Brannan; several nieces and nephews and his best friend and companion:  Bernice Addison.
The family will receive friends Friday, January 29 at Shepard-Roberson Funeral Home in Folkston, Georgia from 6-8 PM.  Funeral services will be held in the chapel of the funeral home Saturday, January 30 at 2:00 PM with Rev. Darrell Vroman officiating.  Burial will follow in Oakwood Cemetery.
Pallbearers will be Kenny, Larry, Robert and Ronnie Brannan, Ray Herrera, Stevie Nelson and Timothy McCook.
Condolences may be expressed by signing the guest registry at www.shepardfh.com.  Arrangements are under the direction of Shepard-Roberson Funeral Home in Folkston, Georgia.

To send flowers to the family in memory of Michael Brannan, please visit our flower store.