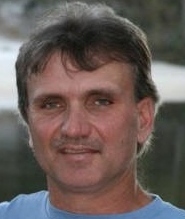 Michael Craig Lambert 46, of Hilliard Florida passed away at his residence on Thursday, August 11, 2016. He was born in Folkston Georgia on August 14, 1969 to Robert (Sr.) & Edna Lambert. Michael lived most of his life in Folkston Georgia and attended Charlton County Schools. Michael liked to hunt and fished, loved country music and was described as a “simple man.”
He was predeceased in death by his father Robert Lambert Sr., his maternal grandparents Ed & Josephine Woolard, his paternal grandparents, Samuel & Mildred Lambert. Survivors include his two daughters Amelia & Shelby, his mother Edna Lambert, his siblings Bobby Lambert, Cathy Lambert, Ann Farnell, Glenda Keene (Hal), Eddie Lambert (Alisa), Delores Lewis (Greg), Sheila Crews (David), & Troy Lambert along with many aunts, uncles, cousins and friends.
Services will be held 11:00 am Tuesday, August 16, at Camp Pinckney Baptist Church with visitation one hour prior to service with Bro. A.L. Sweat and Bro. Tim Hall officiating.  Burial will follow in the church cemetery. In lieu of flowers, donations can be made to Shepard Funeral Home, 526 Oak Street Folkston Ga. 31537
Condolences may be expressed by signing the guest registry at www.shepardrobersonfh.com. Arrangements are under the direction of Shepard Roberson Funeral Home, Folkston, Georgia.

To send flowers to the family in memory of Michael Lambert, please visit our flower store.