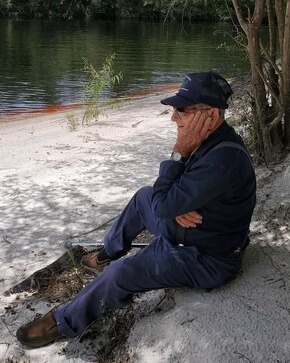 Newton William “Boy” Roddenberry, 97, of Folkston, GA passed away on Sunday, November 20, 2022. He was born in Folkston, GA on April 1, 1925 to the late Gadson Solomon “GS” Roddenberry and Susie Viola Colson Roddenberry. Newton was a member of Philadelphia Free Will Baptist Church. He served his country in the United States Navy. He retired from Union Camp. He was an avid outdoorsman who loved hunting and fishing.

The family will receive friends from 6:00 – 8:00pm on Monday, November 28, 2022 at Shepard-Roberson Funeral Home. A graveside service will be held at 11:00am on Thursday, December 1, 2022 at Sardis Cemetery with Rev. Ray McMillan and Rev. Keith Lloyd officiating.

To send flowers to the family in memory of Newton William "Boy" Roddenberry, please visit our flower store.