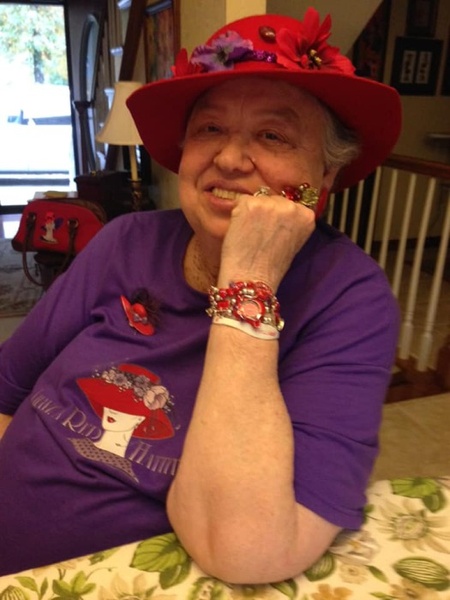 Patricia Ann Evans, 79, of Folkston, GA, went to be with her Lord and Savior on July 12th, 2021, at home in Folkston GA. Born in Hattiesburg, Mississippi on August 29th, 1941, to the late Elwood Wilson and Edna Evelyn (Geiger) Thornton. At the knees of her father at age 7, she gave her heart to Jesus. She loved to sing praises to the Lord. She was a part of many choirs and praise teams at any church she attended throughout her many years. Patricia was a member of the Church of the Nazarene for 39 years. Then she moved her membership to Dexter First Baptist Church in Dexter, MO, where she became a member for many years before moving to Folkston in 2019.

Patricia lived in many states as a daughter of a military officer and a preacher’s child.  As a young adult living in Gulfport, Mississippi she opened her own business called Pat Price Abstracting, where she was a title abstractor and was in business for 18 years there, working with many law offices, real estate companies, and oil companies. Wanting and needing a change she moved to Oklahoma and then on to Texas where she worked for the State of Texas Employment commission until she retired. Upon retirement she immediately moved to Jacksonville to be near Avis and her first and second-born grandchildren. Her love for those boys and the rest of the grandchildren that were to come was undeniable. They were her new reason for living. She found a passion for quilting and sewing for others in the extra time that she now had. One of the ways she used her sewing talents was to give baby quilts to newborn babies in the church and family and friends with newborns. While in MO, she lost everything to a house fire, and this opened a whole new desire to help others. She joined Heartland Quilters in Dexter, MO, and they partnered with the local hospital to make sure if someone lost everything to a house fire The Quilters made sure the family had a handmade quilt for their beds.  Anyone that knew or saw Patricia knew she had another love besides sewing; it was her love for hats. They were not just any kind of hats either. They were the southern-style derby hats. The type that at church on Sundays, you needed to find a different spot in the church to see around her perfectly matched hat and outfit. She had a talent for taking a plain hat and turning it into a work of art. She loved giving one of her art pieces to any young ladies that showed any interest in them. This love of hats led her to join the Red Hat Society in Folkston, GA, where she enjoyed the activities and fellowship that came along with it.

In addition to her parents, she was preceded in death by her husband of 5 years, Thomas Wayne Evans of Dexter, MO. and Harold James Price of Gulfport, MS. of 18 years and two stepchildren Gaylon Evans, Danny Evans, and her brother Elwood Wilson (Sonny) Thornton, JR.

Donations can be made in memory of Patricia Ann Evans to St. Jude’s Children’s Research Hospital.

To send flowers to the family in memory of Patricia Evans, please visit our flower store.