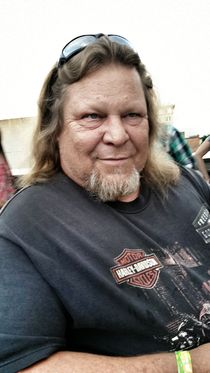 Paul Lanier Lentz, 58, of St. George, GA passed away at his residence December 10, 2017.  He was born December 14, 1958 in Folkston, GA to the late Ezra Paul Lentz and Ida Mae Renshaw Lentz.  He was a Union Millwright with Local Union #1263 in Kennesaw, GA.  He was a member of the Hilliard Pentecostal Church.  He was an entertainer in the music industry in and around Atlanta and everywhere he went.  He played in the bands, Seminole Jackson and The Dixie Blues.  He loved fishing, hunting, and just being on the St. Marys River.  He loved his family and friends and especially being around his grandkids.
Along with his parents, he was preceded in death by his brother:  Robert Lentz and his best friend:  Kenneth Bailey.
He is survived by his wife:  Patricia Lentz; 4-Daughters:  Christy (Randy) Taylor, Misty Lentz-Norris, Alana (John) Parlier and Paula Lentz; 3-Sisters:  Delaine (Tony) Creppel, Glenda Sirmans and Gayle (Ron) Petty; 1-Brother:  Buddy Johnson; 13-Grandchildren and 4-Great Grandchildren
Funeral services will be held Wednesday, December 13 at 1:00 PM in the Shepard-Roberson Funeral Home Chapel with Revs. A.L. Sweat and Ike Mohler officiating.  The family will receive friends an hour prior to the service.
Memorialization will be by cremation.
Condolences may be expressed by signing the guest registry at www.shepardfh.com.  Arrangements are under the direction of Shepard-Roberson Funeral Home in Folkston, GA.


To order memorial trees or send flowers to the family in memory of Paul Lentz, please visit our flower store.