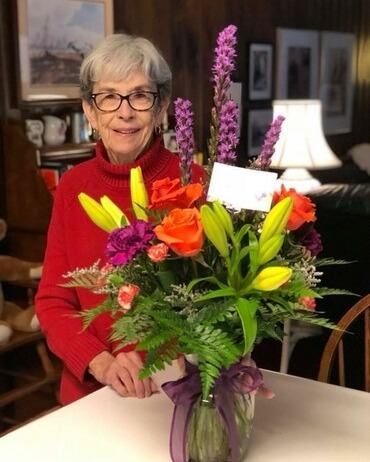 Peggy Lucretia Stroup Jones, 84, of Folkston, GA passed away peacefully at home on Wednesday, November 9, 2022. She was born in Folkston, GA on March 22, 1938, to the late Richard Bernard Stroup and Juanita “Nita” Stokes Stroup. She was a lifelong active member of First Baptist Church.

Peggy married her beloved Jake and together they raised their family, and built a successful life in Folkston. She kept herself grounded with her love of her family, church, and work.  In her spare time, she sang in the choir, played both piano and organ, worked with the Garden Club, and later served on the City Council.

In addition to her parents, she is preceded in death by her husband of 68 years; Joseph A. “Jake” Jones, Jr., a son; Keith Jones, and a brother; Robert B. Stroup.

A service will be held at 10:00am on Saturday, November 12, 2022 at First Baptist Church of Folkston with Dr. Randy Jacoby officiating. Burial will follow at Pineview Cemetery. Pallbearers will be Drew Jones, Stu Hawthorne, Blake Jones, Chip Hawthorne, Mac Canady, Dusty Cagle, and Richard Davis. A luncheon and visitation will be held at the First Baptist Church Social Hall following dismissal at Pineview Cemetery.

To send flowers to the family in memory of Peggy Lucretia Stroup Jones, please visit our flower store.