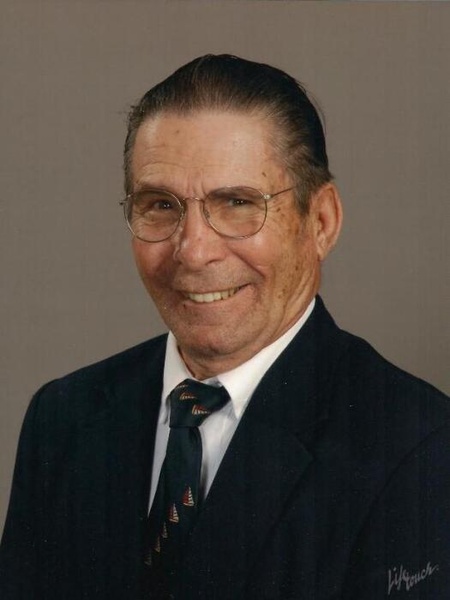 Richard Julian Booker, 78, of Homeland, GA, made his way to heaven on October 20, 2021, at Southeast Georgia Health System - Brunswick Campus, following a brief illness.  He was born in Richmond, VA to the late Wesley Julian and Florence Dowdy Booker.  In addition to his parents, he was preceded in death by a brother, William “Billy” Wesley Booker.


Being musically talented, at the age of 17, he served as the minister of music at Poplar Springs Baptist Church in Richmond, VA.  Bluegrass was his passion and he played in various bluegrass bands throughout his life.  He was notably a Charter member of the Friends of Twin Oaks bluegrass group based out of Hoboken, GA.  With Pat and Sophie in tow, he spent many weekends jamming with this great group of people.


In 1966, he received his draft notice and immediately joined the United States Navy. He ultimately chose a career as a Dental Technician. During his 22 years of active duty, he was deployed to the Mediterranean several times and received two Navy Commendations, retiring as a Command Master Chief Petty Officer. During his career, he had the distinction of serving on the USS Piedmont, a destroyer tender and the oldest commissioned ship in the Navy at the time.  After his successful Navy career, he returned to college at the University of Maryland and graduated in 1988 with a Bachelor of Science in Behavioral and Social Sciences.  He also graduated Cum Laude with Associate’s degrees in Education and Business Administration.  This led to his career working at Fleet & Family Support Center at Naval Station Mayport where he retired in 2001, which ultimately culminated in more than 33 years of service to the United States Navy.


For many years he enjoyed sailing on his 36’ Morgan sailboat.  He also enjoyed golf, fishing, camping, and all types of candy. He recently added raising chickens to his catalog of hobbies.


A member of Camp Pinckney Baptist Church, he served for a time as acting Music Director and substitute-taught for his Sunday School class. Despite his professional achievements, the most important thing in Richard’s life was his Lord & Savior Jesus Christ, his wife, family, and his church, in that order. His wisdom, loving heart, and great sense of humor will be greatly missed by all who knew him.


A celebration of life will be held at Camp Pinckney Baptist Church on Saturday, October 23, 2021, at 2 PM. Interment will follow at Arlington National Cemetery.

To send flowers to the family in memory of Richard Booker, please visit our flower store.