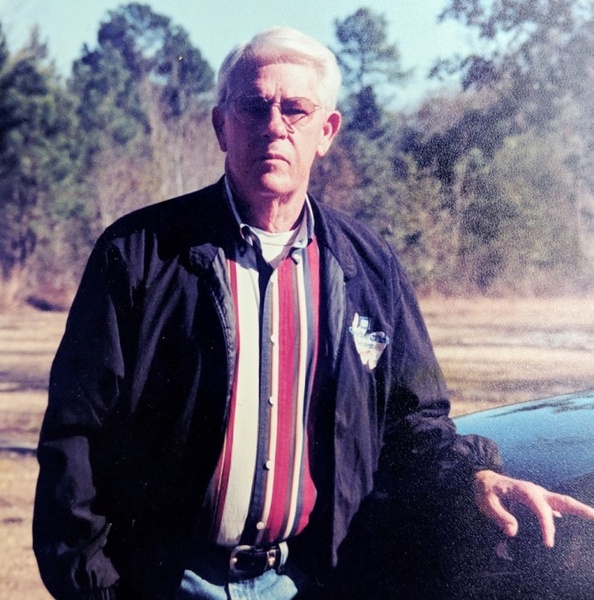 Robert L. “Bob” Altman, 83, of Folkston, GA passed away in Jacksonville, FL Wednesday, May 8, 2019.  He was born June 4, 1935 in Brantley County, GA to the late Ozzie Monroe and Gertrude “Johnnie” Allen Altman.  Bob was a 1953 graduate of Charlton County High School.  He served honorably in the 101st Airborne Division of the US Army from 1953-1958.  He returned to Charlton County from Jacksonville, FL in 1971 following 18 years of employment with St. Regis Paper Company.  He was a former partner of Johnson Brothers Hardware and a longtime employee with Southeastern Bank in Folkston and Darien.  Bob also worked with his long time friend, Harry Johnson, Jr. at the Suwannee Canal Recreation Center in the Okefenokee Swamp for 12 years.  He was an avid race car fan and began attending races at Speedway Park in Jacksonville during the 40’s and 50’s.  Throughout his life, he regularly attended races at Atlanta Motor Speedway, Daytona Internaitonal Speedway, Darlington Raceway and Charlotte Motor Speedway and countless other tracks across America.  Bob wasa longtime member of Highland Methodist Church in Jacksonville, FL and Folkston United Methodist Church.

Along with his parents, he was preceded in death by two brothers:  James Monroe Altman of Brandon, FL and Howard Allen Altman of Dade City, FL.

The family will receive friends Friday, May 10 at Shepard-Roberson Funeral Home from 6-8 PM.  Graveside funeral services will be held Saturday, May 11 at 3:00 PM at Pineview Cemetery with Rev. Ronnie Pollock officiating.

Condolences may be expressed by signing the online guest registry at www.shepardfh.com.  Arrangements are under the direction of Shepard-Roberson Funeral Home in Folkston, GA.

To send flowers to the family in memory of Robert "Bob" Altman, please visit our flower store.