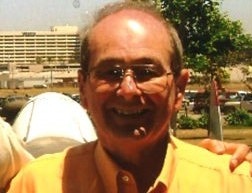 Attended Newnan public schools and in 1955 he graduated Newnan High School. He immediately began an internship for the Georgia Department of Transportation while attending Georgia Tech.

His college studies were interrupted while he served in United States Army, Intelligence Division in Washington DC. There he investigated and arrested foreign intelligence operatives during the height of the Cold War. While in Washington, he met and later married Peggy (Margret) Rose Sauser. Originally from Randolph Nebraska, she was pursuing her career in D.C.

Upon his honorable discharge from the Army, he returned to Atlanta and continued the pursuit of his degree as well as working full time for eorgia DOT, where he stayed till his retirement in 1988 as the State Construction Engineer.

An avid reader who would sometimes read 3 or 4 books at a time.

A diehard alum, he cheered on the Yellow Jackets from the stands at Grant field, on Saturdays in the fall.

Gardening, carrying on his father’s renowned expertise at Tomato cultivation.

His remarkable intelligence, combined with knowledge born from a life of voracious reading would always make for interesting conversations with him.

Widowed in 1999 and then remarried Joan  in 2003 and moved to Saint Mary’s, Ga where he lived out the remainder of his days

He is survived by his wife:  Joan W. Edmondson; children:  Jeff (Sue) Edmondson and Christopher (Bobbi) Edmondson; grandchildren:  Alexandra Edmondson and Jordan Edmondson; step-children:  Alex (Dawn Adams) Vinson and brother:  John (Teresa) Edmondson. He is also survived by his dear friends and “girlfriend” Missy Middleton and the staff at lakes crossing who took such good care of him during his stay.Consider donating time and or money to organizations in the benefit of others, like Alzheimer’s and Autism, which have affected our family. This would make Ron and his family and friends happy.

Graveside funeral services will be held Monday, December 2 at Burnt Fort Cemetery at 11:00 AM.

To order memorial trees or send flowers to the family in memory of Ronald Edmondson, please visit our flower store.