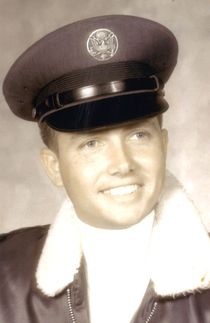 Dr. Roy Ernest Crews, 72 of Folkston passed away December 9, 2016 in Waycross Health and Rehab, after an extended illness.  He was born October 27, 1944 to Sindie and Neil Crews in Folkston, Georgia. Dr. Roy graduated from Andrew Jackson High School in Jacksonville, Florida in 1963.  He continued his education and graduated Logan College of Chiropractic in 1967.  He served his country in the United States Air Force.

The family will receive friends Thursday, December 15, 2016 from 12:00 until 2:00PM at the funeral home.  Funeral Services will begin at 2:00 pm with Rev. E.C. Crews officiating. Burial will follow in Bethlehem Cemetery, Brantley County, with Military Honors.

Condolences may be expressed by signing the guest registry at www.shepardrobersonfh.com.  Arrangements are under the direction of Shepard Roberson Funeral Home, Folkston, Georgia.

To order memorial trees or send flowers to the family in memory of Roy Crews, please visit our flower store.