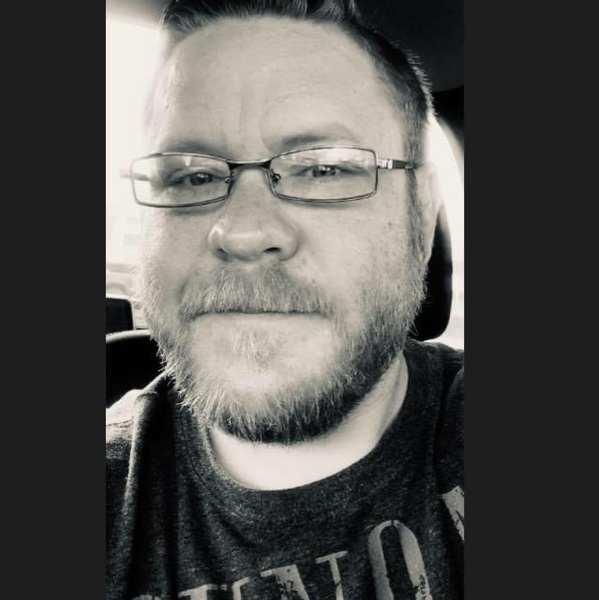 Scott was a private yet very loyal person who worked hard and tirelessly cared for others with a generous and joyful spirit.  He was a pure soul with a magnetic personality, especially to children and animals.  Scott’s laughter was contagious.  He courageously faced difficult health challenges with an upbeat positive attitude, and without complaint.

Scott loved car shows, auto racing, tinkering on cars, and anything Chevrolet.  He was a Florida Gator fan and he enjoyed fishing, working in the yard, playing with his dogs, and browsing at Goodwill and flea markets in search of a bargain.  Scott was also an admired and trusted advisor among an online international network of Teenage Mutant Ninja Turtles memorabilia trader/collectors.

He is preceded in death by his father, Robert Henry Holland, Jr. and his fur baby, Saybra.  He is survived by his mother, Janet Lee Herlong Holland; brother, Stephen Holland (Kim); sister, Julie Holland; nephew, Kobe Holland; niece, Jordan Holland and many aunts, uncles, cousins, and other family members that loved him dearly.

Memorialization will be by cremation. A Celebration of Scott’s Life will be held on July 23rd at the Callahan Multipurpose Facility – Fairgrounds  (543350 US Highway 1 Callahan, FL 32011) from 2-6 PM.

In lieu of flowers Scott’s family requests donations through Kidneyfund.org in honor of Scott Holland.  Condolences may be expressed by signing the guest registry at www.shepardfh.com. Arrangements are under the direction of Shepard-Roberson Funeral Home, Folkston, GA.

To send flowers to the family in memory of Scott Melton Holland, please visit our flower store.