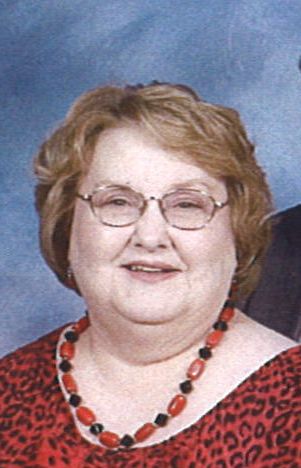 Sondra Louise Fehr Nance, 72, passed away April 21 at her residence in Folkston, GA.  She was born May 24, 1945 in Lebanon, PA to the late Stephen Fehr and Lydia Scott Fehr Hostetter.  Sondra began her career immediately after graduating from Lebanon High School by working for the US Army in finance.  She then worked for the Air Force General’s office in the Pentagon.  Later, she was an executive secretary for Aetna Insurance Co.  After marrying her husband, Steve in 1973, she worked for nearly 20 years as the church secretary/treasurer for First Baptist Church of Manchester, CT and as secretary for the Western Connecticut Baptist Association.  Upon moving to Folkston in 1993, she became the secretary for the Piedmont Okefenokee Baptist Association and later served as Secretary/Treasurer at First Baptist Church of Folkston until her retirement in 2002.  She served as President of the GA Association of Baptist Ministry Assistants, was church organist in Connecticut and enjoyed fellowship of the Red Hat Society and the Birthday Club.

A memorial service will be held Saturday, April 28 at First Baptist Church in Folkston, GA at 11:00 AM with Rev. Randy Jacoby officiating.  The family will receive friends an hour prior to the service at the church.

In lieu of flowers, donations may be made to the First Baptist Church Mission Fund or Hospice Satilla.

To order memorial trees or send flowers to the family in memory of Sondra Nance, please visit our flower store.