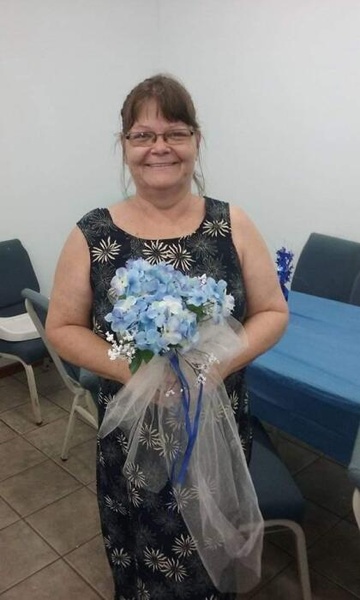 Thelma Diann James, 58, passed away Monday, April 3 in Waycross, GA following a lengthy illness.  She was born October 15, 1962 in Waycross, Georgia.  She was a homemaker.

She was preceded in death by her mother and step-father:  Allie Mae (Burch) Russell and Bill Russell and her father:  Dale Eugene Craigmiles.

She is survived by her children:  Tommy Allen Lee and Joshua Paul O’Neal, Sr.; 5-grandchildren; a sister:  Becky Hayes; 2-brothers:  Richard A. Rigdon and Gary D. Craigmiles and a number of nieces and nephews.

To send flowers to the family in memory of Thelma James, please visit our flower store.