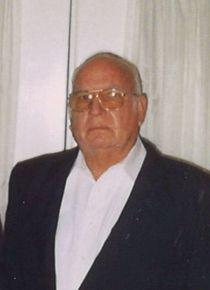 Vernie Steedley, 81 of Folkston, passed away May 1, 2014 at his residence surrounded by
his loving family. He was born in Clinch County to Leon and Lizzie Kight Steedley on December 19, 1932.
He worked as a Heavy Equipment Operator for 62 years and retired from International Paper Company after 25 years of service. He was an Honorary Deputy with the Sheriff of Telfair County, Georgia and was a hard, dedicated worker, loving, caring Husband, father and Grandfather. He was very respected and loved by many people, including his family and friends, and will be missed by all who knew and loved him.
Survivors include: two daughters: Glenda Melton and Debbie Wright of Telfair County, Ga.; his partner and care giver: Tina Calhoun of Folkston, Ga.; nine grandchildren: Stephen Morgan, Chris Steedley, Crystal Steedley, Sharon Steedley, Amy Steedley, Ryan Steedley, Patrick Melton, Nick Melton and Trey Wright;  eight Great-grandchildren; several nieces, nephews and other relatives . He was preceded in death by his wife: Elizabeth L. Steedley; a son: Earl Steedley;  six brothers: Ernest Steedley, Ervin Steedley, Alvin Steedley, Nelson Steedley, Ivy Steedley, Jimmy Steedley; four sisters:  Mary Steedley, Vera Kight, Jeanette Steedley and Annabell Steedley.
The family will receive friends Friday, May 2, 2014 at Shepard Funeral Home from 6 until 8 PM. Funeral services will be Saturday, May 3, 2014 at 10:00 AM at Victory Baptist Church with Rev. Tim King officiating. Burial will follow in Little Phoebe Cemetery.
Condolences may be expressed by signing the guest registry at www.shepardfh.com. Arrangements are under the direction of Shepard Funeral Home, Folkston, Georgia.

To order memorial trees or send flowers to the family in memory of Vernie Steedley, please visit our flower store.