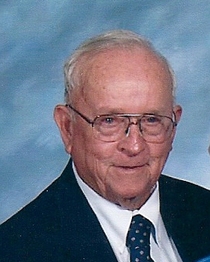 Virgil Mizell Kelly, 80 of Folkston passed away July 26, 2014 at his residence. He was born August 31, 1933 in Jacksonville, Florida to Jewell Mizell Kelly. He served his Country in the United States Army during the Korean Conflict, served as Fire Chief of Folkston, was a member of the Police Auxiliary and served at Folkston City Superintendent until his retirement. He was a member of Bethel United Methodist Church and was also baptized there.
He is survived by his wife: Jonell Kelly of Folkston, Georgia; two daughters: Karen Glenn (John) of Baxley; Kim Schweizer (Philip) of Fernandina Beach, Fl.; three Grandchildren: Hanna Glenn, Joseph Glenn and J.P. Schweizer; six cousins: Marie Evans, Ardith Taylor, Wayne Mizell, Ann Millar, Edna Millar and Dixie McGurn; Several other relatives and many friends.
The family will receive friends Sunday, July 27, 2014 at Bethel United Methodist Church from 6 until 8 PM. Funeral services will be Graveside, Monday, July 28, 2014, at 11:00 AM in Pineview Cemetery with Rev. Eddie Rawl and Rev. Parnell Aldridge officiating. Donations may be made to Bethel United Methodist Church.
Condolences may be expressed by signing the guest register at www.shepardfh.com.
Arrangements are under the direction of Shepard Funeral Home, Folkston, Georgia.

To order memorial trees or send flowers to the family in memory of Virgil Kelly, please visit our flower store.