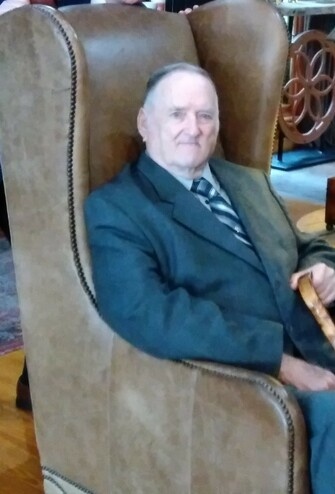 Wade H. Hodges Jr., 80, of Folkston, GA passed away peacefully at his home on Friday, August 5, 2022. He was born in Folkston, GA on March 7, 1942 to the late Wade H. Hodges, Sr. and Clora Bell McGlew Hodges. Wade spent all but 6 years of his life in Hilliard. He was a graduate of Hilliard High School and played basketball for the Hilliard Flashes. He went on to work for the City of Jacksonville, a supervisor at Gold Kist Eggs, a driver for Dixie Auto Transport and then he retired from hauling wood for local business owners. He served 7 years on the Hilliard City Council. He was ordained as Deacon at Boulougne Baptist Church on April 26, 1980. Many years were spent teaching Sunday School, helping to build local churches and witnessing to anyone that would listen about the love and salvation of Jesus Christ. Buford Grove, Boulougne Baptist, Maranatha Baptist, First Avenue Baptist and finally Philadelphia FW Baptist all benefited from many hours of prayer sent up in their behalf from Wade. His motto: Love God, Family and Country- the rest will fall into place.

In addition to his parents, he is preceded in death by his sisters; Eloise Bennett and Maybell Lintao, a niece and several nephews.

To send flowers to the family in memory of Wade Hampton Hodges, Jr., please visit our flower store.